Europe’s At It Again 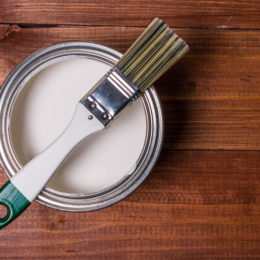 Last week, a committee with the European Chemicals Agency (ECHA), disregarded decades of human health data when it concluded that inhaled titanium dioxide should be classified as a carcinogen.

We’ve blogged about titanium dioxide in the past. The mineral is one of the most refractive substances known to man, and scatters visible light even better than diamond. This makes titanium dioxide appear bright white, even when only small amounts are present.

Consequently, people use titanium dioxide to lend bright whiteness and UV protection to everything from iPhones to paints and sunscreens. It’s one of only two physical (also called “natural”) broad-spectrum UV blockers approved by the U.S. Food and Drug Administration.

Certainly, materials posing a threat to human health should be appropriately regulated. But the European case against titanium dioxide holds no scientific basis.

First, ECHA’s decision ignores its own established scientific standards. The only studies able to show tumor initiation exposed rodents to titanium dioxide under extreme “overload” conditions – akin to what one might experience chronically breathing a cloud of soot. Inferring carcinogenicity from overload studies is contrary to current ECHA guidelines because such conditions can’t predict human health outcomes.

Robust human data also refutes the notion that inhaled titanium dioxide causes cancer. Occupational surveys following more than 20,000 industrial workers exposed to high levels of titanium dioxide throughout her career reveal no increased mortality from cancer, even after decades of intense exposure. A European study tying titanium dioxide to lung cancer – the only study to reach such a conclusion – did not control for smoking.

Even someone with no scientific background could guess why failing to ask a lung cancer patient if he smoked could have a negative impact on a study’s validity.

The war on titanium dioxide is indicative of a larger issue in the health policy world. In their enthusiasm to rid the world of an awful disease, many health advocates are willing to entertain cancer prevention strategies with less-than-stellar evidence that the strategies have any impact. Although aiming at an overly broad target may seem like a good idea, it costs us far too dearly in the long run when resources are redirected from known cancer prevention strategies in order to pursue undeserving scapegoats such as titanium dioxide.