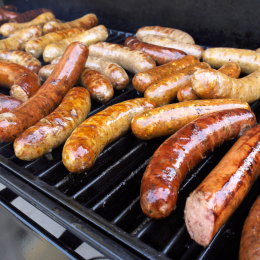 The Environmental Working Group (EWG) specializes in scaring the public about everyday items in their refrigerators, pantries, and medicine cabinets, often without providing compelling scientific evidence to back up its warnings. We’ve previously blogged about the problems with the group’s report on sunscreen; now the activist organization has released a new report warning the public about “dangerous” additives to their food.

The report names 12 additives, the “Dirty Dozen,” of additives associated with “serious health concerns” that are used in many common foods. It certainly sounds scary—manufacturers filling processed foods with dangerous chemicals, but EWG’s recommendations are far out of step with actual scientific research. We’ve broken down the scientific evidence for three of EWG’s “dirty dozen” food additives below:

It’s easy to get worked up when you see difficult-to-pronounce chemicals on food labels and hear activist groups crying “cancer.” But EWG’s “research” isn’t enough to warrant cutting foods like bread, muffins, meat, yogurt, cheese, etc. out of your diet.