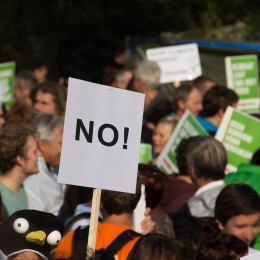 The Environmental Working Group (EWG) claims to fight for the public interest, yet rarely does so using solid science. A day after we laid out the facts on glyphosate, EWG was out in the media trying to keep people afraid of it. Claiming “a growing body of research” is linking the herbicide glyphosate (known by the brand name Round Up) to non-Hodgkin’s lymphoma, EWG failed to highlight that it really only found one study, from Sweden in 2008.

One study is not significant. What is, though, is that the Environmental Protection Agency (EPA) and the World Health Organization (WHO) have discounted some of the Swedish study’s conclusions due to its poor analytical methods and some confounding factors.

A problem with the study’s method was that it relied on self-reporting, which is notoriously unreliable. A confounding factor was the people studied had been exposed to multiple chemicals—making it impossible to trace the cause to a single chemical. It’s like sampling everything at a Chinese buffet then blaming your food poisoning on the Mu Shu Pork.

Plus, studies like this are often based on workers who are in direct contact with high doses of a substance, which makes findings practically meaningless for the general public which has no risk of encountering such exposure levels.

Noteworthy is that numerous regulatory bodies have demonstrated glyphosate’s safety. Chief among them is the European Food Safety Authority (EFSA), which after considering glyphosate in depth and at length, determined it poses no threat to human health. More recently, the EPA  appears poised to issue a finding that “glyphosate is not likely to be carcinogenic.”

Low doses of glyphosate don’t appear to be harmful to people. Low doses of EWG, however, may have negative effects on the public’s intelligence.