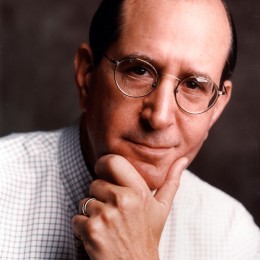 The Center for Accountability in Science was lucky enough to host Dr. Alfred Sommer in an interview on genetically modified organisms (GMOs), specifically Golden Rice and its potential to help alleviate Vitamin A deficiency in developing countries.

Dr. Sommer is the recipient of the Duke Elder International Gold Medal for Contributions to Ophthalmology; has delivered over 40 named lectureships, including the Jackson Memorial Lecture (American Academy of Ophthalmology), Duke Elder Oration (Royal College of Ophthalmologists), De Schweinitz Lecture (College of Physicians, Philadelphia), Doyne Lecture (Oxford Ophthalmologic Congress), among others. He is a member of both the U.S. National Academy of Sciences and the Institute of Medicine and his current research interests include child survival and blindness prevention strategies, micronutrient interventions, and the interface between public health and clinical medicine. Sommer has received the Laureate Award of the American Academy of Ophthalmology, and was elected to the ASCRS “Ophthalmology Hall of Fame.”

Below is the transcript of Dr. Joe Perrone’s, CAS Chief Science Officer, discussion with Dr. Sommer.

Dr. Joe Perrone: I’m here with Dr. Alfred Sommer, Dean Emeritus of the Johns Hopkins Bloomberg School of Public Health. And we’re going to talk today about Golden Rice. So Al, if I may…

Dr. Perrone: What is Golden Rice and why is it important to you in particular?

Dr. Sommer: Golden Rice which was developed now, what? 15 years ago? was made with the very best of intentions.  Vitamin A deficiency is common throughout the developing world because poor children in the developing world simply can’t afford to consume foods that contain Vitamin A which are animal products. Vitamin A comes from animals. They don’t eat eggs, they don’t eat dairy products, they don’t eat fish, all these things contain Vitamin A. So they don’t have the opportunity to do that. A lot of those children, of course, live in Asia and many of those children consume rice and that is their main staple. Rice is white. It doesn’t have any Vitamin A in it;  not being an animal,  it couldn’t possibly have Vitamin A because Vitamin A is an animal product. But the body is capable of converting another molecule, called beta-carotene, which is found in many vegetables, especially green and other colored products, into Vitamin A.  The idea originally was to use bioengineering to put genes from daffodils into rice, because daffodils are yellow and contain beta-carotene. By putting these genes into the DNA of rice,  the rice would contain beta-carotene and that beta-carotene would then be consumed by this large group of children who are Vitamin A deficient. They would get beta-carotene and convert it to Vitamin A in their gut and that would improve their Vitamin A status reducing both their risk of severe infection and death and their risk of blindness.

The  approach the world has been using to prevent Vitamin A deficiency at present is to provide all deficient children with two  large doses of Vitamin A, iwhich only costs two or three cents,  to  children twice a year. The Vitamin A large dose capsules are very inexpensive, two cents twice a year. The problem is getting it to the children. If their rice actually contained beta-carotene, which after all would be converted to Vitamin A, then  the normal retail purchase and consumption of rice would to some degree take care of their Vitamin A deficiency.

Dr. Perrone: I know the breeding and the engineering of this has been going on for quite a while. In the Philippines there’s been some controversy around the development of golden rice. What’s the status of the actual breeding?

Dr. Sommer: So the status is we haven’t gone very far and we haven’t gone very far in part, because the original versions of Golden Rice had some beta-carotene but not a lot. And then there was a lot of problems with who owned the patents to this technique. After lots of discussion, and years of negotiation, those patents were released and people actually developed techniques that further increased the amount of beta-carotene ten to forty-fold what was in the original versions of Golden Rice.

Dr. Sommer: Exactly right. And nobody presently eats yellow rice. So would people even eat yellow rice? And that is yet to be determined. The third major issue is: will farmers grow yellow rice? Let’s assume for the moment that people will eat it, therefore farmers at least have an incentive to grow it, not a disincentive. But what will the yields be? Will it to some degree reduce the yields? These are small farmers who are going to be growing this rice, these aren’t our giant rice industry kinds of people; they’re  local farmers with small plots of land. They’re not going to grow a rice that doesn’t give them at least the yields that they had before. The Philippines was one of the first attempts to begin to see what the yields would be in local rice varieties engineered to be Golden Rice. You have to use the local rice variety. Rice varieties vary all over the world not just because of their texture or what they taste  like, but certain rice varieties  will only grow where there’s a lot of water, where there’s a little water, where it’s very hot, where it’s not so hot;  they have to bioengineer already locally adapted versions of rice in order for the farmers to even think about growing it. The Philippines had a great group, there’s a laboratory that’s been there for many years, and they had a lot of Vitamin A deficiency so they agreed that they would do the first relatively large scale production purely for testing purposes. Would people eat it? How efficiently is it converted? And what’s its yield? But the anti-GMO group,  led primarily around the world by a group which once was reasonably responsible, and most of us would say is now increasingly irresponsible; the Greenpeace people. They have made this a cause célèbre around the world and not to anybody’s benefit. Greenpeace placed a major role inciting  the ruckus in the Philippines. The Philippines is presently going ahead with new  their test plots of these various varieties of rice carrying the beta-carotene genes.  So it’s been almost two decades since Golden Rice was first announced, and we haven’t gotten very far, from a practical perspective, in part  because of vocal  people advocating against the use of  GMO foods.

Dr. Perrone: It appears that the major issues surrounding golden rice are not scientific but political and also the economic factors that you just indicated. Those have to fall into place too.  Once the genetic engineering is completed and the other factors fall into place this crop will go through the normal regulatory procedures before being put on the market

Dr. Perrone: Moving away from Golden Rice to GMOs in general, do you have any overarching opinions about genetically modified organisms?

Dr. Sommer:  Well, if I was newly come to this planet and someone said, “You know, I’m going to make this food by putting in these genes,” my reaction probably would be, “Gosh,  is that a safe thing to do?” But the truth of the matter is that the evidence is that it doesn’t do anything adverse to the consumer. It’s just a more efficient way to do what we’ve been doing for millennia and that is taking crops and making them more to our liking. If you think about all of our cereal grains these were all wild grasses, they didn’t yield anything before. And early humans, six, eight thousand years ago figured out that if you cross certain strains of these grasses you get a higher yield and you could survive on them. You didn’t have to go around killing animals and eating roots. And so this is just a more efficient way of doing it and the proof is in the pudding. In the US, there are certain crops like soy which are all GMO and nobody seems to have suffered from it. I think there’s no theoretical basis for thinking about this being any different from the traditional ways in which agriculture has advanced the quality of our  food supply.   The practical demonstration is we already have lots of agricultural products in the United States which are totally GMO and we’re not suffering any consequences. Europe has had a  ban on GMO’s, because it’s very easy to play on people’s fears and get away from evidence. Just look at this measles epidemic we’re having. Well meaning, very intelligent, highly educated communities are refusing to get their kids vaccinated with the measles vaccine.  That was a lifesaving discovery that we all heralded when it became available because it prevented  unnecessary illness and lots of unnecessary deaths. And now we have the most highly educated part of our communities refusing to get their kids vaccinated. We’re not good at absorbing data;  we then start to make up things.

Dr. Perrone: Yesterday I saw a news release in which they were talking about this measles outbreak and were still citing [Dr. Andrew] Wakefield’s work.

Dr. Sommer: Yeah it’s crazy. The data  were  totally fraudulent. The Lancet should never have published his paper in the first place.   The paper was eventually withdrawn because it was shown to be fraudulent but you still have people today who keep citing that as a cause of autism, or whatever the thing is that they are  most concerned about, when there is zero evidence that measles vaccination does anything but protect you from measles. Zero!  We even heard some potential presidential candidates, mostly from the Republican Party, say that, “Yeah, I wouldn’t give vaccine to my kid,” and the next day they are retracting it because even in their own party they’re sounding pretty stupid.

Dr. Sommer: appropriate genetically modified organisms are, as far as anybody knows,  just a more efficient way to improve crops. I will bet twenty years from now nobody will even use the term GMO anymore because almost all agricultural products will be genetically modified; it is simply a more efficient technique for doing what we’ve been doing for millennia: improving yields, and improving the nutritional quality of our foods.

To go back to Golden Rice for one moment, we should remember that even if that works, and I suspect it will, only a third or half the kids who are Vitamin A deficient eat rice. There are people who are making sweet potatoes and corn that contain more beta-carotene.  As a result, people who are moving forward with other agricultural crops because rice is largely  eaten in Asia. It’s not eaten in large amounts in Africa where there’s a significant problem and even everyone in Asia doesn’t necessarily eat rice. I think ultimately it will come to fruition and there are groups that have been established to make this available to the rest of the world at essentially little or no additional cost.  There are  commercial barriers to using these patented techniques  for growing Golden Rice for large agricultural producers, but the exemption exists for traditional small farmers, who produce much of the rice eaten by the poor, who are vitamin A defient. .

Dr. Perrone: Al thanks a lot. I really appreciate this.

Dr. Sommer: Well, it was a cold day for you to come out.

Dr. Perrone: Not a problem.