FDA Says BPA is Safe. So What Does That Mean for You? 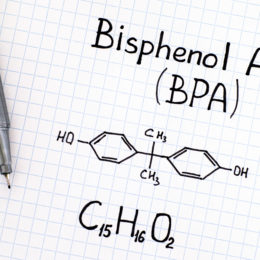 Bisphenol A, or BPA, has been used for over 50 years to make plastics strong and shatterproof, create coatings which keep bacteria from contaminating canned food, and manufacture paper that changes color with heat, like receipts.

Unless you’ve been living under a rock for the past decade, you’re probably familiar with BPA from the scare campaigns claiming it causes everything from obesity to breast cancer to infertility. But for anyone still scared of their water bottle, the U.S. Food and Drug Administration (FDA) has some good news: BPA is safe.

Six years ago, researchers with the FDA and two branches of the Department of Health and Human Services joined forces to evaluate the growth, development, and health outcome of rats exposed to BPA in the womb and throughout life. In an announcement last week, FDA Deputy Commissioner Dr. Stephen Ostroff confirmed, “Overall, the study found ‘minimal effects’ for the BPA-dosed groups of rodents.”

Higher rates of obesity? Nope. What about cancer? Nada. Reproductive issues threatening to launch an entire species to the brink of extinction? Nowhere to be found.

In total, the study looked at body weight, gestation time, size of little, birth weight, number of male versus female pups born, times a female rat is “in heat,” blood cell count, cholesterol and triglyceride count, sperm health, tissue weights, and disease. It’s an overwhelming amount of data, but it all points to BPA not causing any problems when rats are exposed to it at levels similar to what humans experience every day.

Although the study is still under peer review, Dr. Ostroff added that the FDA’s initial impression is that BPA is “safe for the currently authorized uses in food containers and packaging.”

Too bad for the BPA-free crowd. But then again, it’s tough to feel sympathy for organizations that profit on falsifying fear.

It’s certainly good news that our plastic water bottles aren’t actually tied to the host of hormone-related diseases and health consequences that environmental activists beat their drums over, but it’s also not the first time a study has confirmed BPA’s safety. Here are just ten other governmental organizations that believe BPA is safe at levels currently seen in the population:

So what does this mean for consumers? It’s time to put this debate to rest. When it comes to food packaging, BPA is perfectly safe.