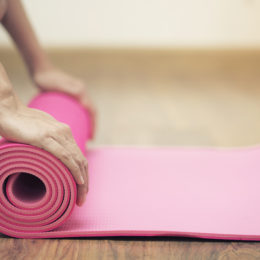 A recent study from the from the Harvard T.H. Chan School of Public Health was the first to find an association between a group of chemicals called organophosphate flame retardants (PFRs) and the number of successful fertilizations, implantations, pregnancies, and live births among women receiving in vitro fertilization.

Most of us (we’re talking 90 to 100 percent) regularly encounter PFRs because they’re used to prevent fires in tech gadgets and furniture. PFRs were developed to replace polybrominated diphenyl ethers (PBDEs), an earlier type of flame retardant that manufacturers began phasing out in the early 2000s after studies indicated they may be having an adverse effect on the environment. Enter PFRs, the next generation of materials specifically designed to be friendlier to both human and environmental health. They work by interfering with the chemical process of combustion and stop fires from getting hotter and igniting material around them.

Unfortunately, PFRs seem to suffer from “guilt by association.” Because they’re called “flame retardants,” activists automatically assume they’re unsafe, but that couldn’t be farther from the truth.

Studies of certain PFRs, including those cited in the Harvard study, indicate that developing birds and fish are affected when exposed to high levels of the flame retardants. But since PFRs do not build up in the body, these animals aren’t exposed to anywhere near the amount of PFR chemicals required to have a negative impact the reproductive system. In fact, no human study (including this one!) has been able to prove that PFRs alone are responsible for infertility.

Which brings us to the juicy stuff: baby making.

The 211 women who participated in the Harvard study were already undergoing infertility treatment, which means that off the bat, the results aren’t applicable to the whole population. It is possible that rather than having any impact on the human body, PFRs could impact one of the dozens of drugs used in the IVF process. These include gonadotropin to overstimulate the ovaries, synthetic hormones to make the body retain developing eggs, one of three medications to stimulate egg release…and that’s before doctors even retrieve, fertilize, or attempt to implant them!

And here’s the real kicker: Yoga mats don’t even contain PFRs. (Note to self: your yoga mat probably won’t be helpful should you actually feel the burn in hot yoga class.) According to health writer Beth Skwarscki, when Harvard issued their press release about the study, someone misunderstood the term “gym mats,” the thick, blue foam mats used to absorb impact in gymnasiums, and instead accompanied the announcement with a photo of a yoga mat.

That’s not to imply that gym mats are the “real” problem either – it just means that gymnasiums, which are typically filled to the brim with flammable foam and plastics, are taking the appropriate step of using mats that contain flame retardants so their patrons have additional time to escape in the event of a fire emergency.

And one last note: According to the Centers for Disease Control and Prevention (CDC), only 22 percent of adults get an adequate amount of physical activity. Whether you’re practicing yoga or the balance beam, getting more exercise in is never a bad idea. And for those who are already expecting, see the CDC’s recommendations for exercising during and after pregnancy.