For a Healthier 2016, Ignore the Fanatics and Keep it Simple 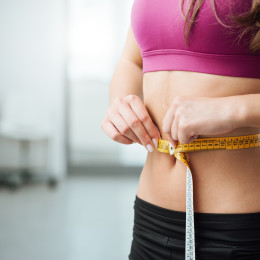 In an op-ed for the Tampa Tribune, Dr. Joseph Perrone explains eating organic or avoiding BPA isn’t the secret to losing weight. Instead of obsessing about GMOs or “natural” ingredients, focus on eating a healthy, varied diet and adding more exercise into your routine. You can read the piece on the Tampa Tribune’s website or below.

After stuffing ourselves with heavy holiday meals and struggling to button our pants, millions of Americans resolve to start 2016 with healthier eating habits.

Unfortunately, an explosion of ridiculous food scares in 2015 has made determining which foods are “naughty” and which ones are “nice” more confusing than ever.

Luckily, a pile of scientific research shows you don’t need to spend a fortune on organic, or “all-natural,” foods to adopt healthier habits and lose weight.

First things first: Just because a food contains an ingredient you can’t pronounce doesn’t mean it’s bad for you.

Activists such as Vani Hari, the “Food Babe,” specialize in taking hard-to-pronounce ingredients (like azodicarbonamide used in bread) that have other, nonfood uses (like yoga mats) and scaring consumers into thinking they’re bad for their health. But most of the additives demonized by Hari and organizations such as the Environmental Working Group (EWG) have shown no negative health effects, especially in the tiny amounts they’re used in foods.

Despite scientific evidence that these ubiquitous additives are safe, companies are caving into activist pressure to remove scary-sounding ingredients from their foods. However, if you’re actually looking to improve your health, you shouldn’t be fooled by this marketing ploy. Replacing the “yoga mat chemical” in bread doesn’t change the amount of carbs, calories, or nutrients. And often, the replacement ingredient is a less effective and less tested alternative.

Similarly, choosing organic foods over conventional produce or genetically modified foods (GMOs) makes no difference in the nutritional quality of your foods.

Organic farming still involves the use of pesticides and carries additional food safety risks. Chipotle, which loudly announced its move away from GMOs and toward “local, organic” ingredients, has experienced serious problems with e.Coli and other dangerous pathogens. The company admits, “These produce initiatives may make it more difficult to keep quality consistent, and present additional risk of food-borne illnesses.”

Just as choosing organic won’t have much impact on your health or waistline, eating meat marketed as antibiotic-free isn’t necessary — there’s no scientific evidence such meat is any healthier or more nutritious.

Antibiotics are used in small doses by farmers to keep their animals from getting sick and spreading that sickness to other animals. When companies demand farmers provide them with antibiotic-free meat, it denies farmers the ability to treat animals that are actually sick and keep that sickness from infecting other animals.

Federal regulations dictate that before an animal makes it to your plate, they’ve been off antibiotics for a certain length of time; that means all meat is antibiotic-free by the time you eat it.

Even if you do decide to switch to a whole organic, “natural” diet, activists are still concerned how that food is packaged might be contributing to weight gain.

EWG, the Food Babe and others like the Natural Resources Defense Council are pushing to ban bisphenol A (BPA), a chemical used to ensure canned foods don’t spoil. Although activists link BPA to obesity and a host of other health problems, comprehensive reviews of the scientific literature by the U.S. Food and Drug Administration and European Food Safety Authority conclude BPA poses no risk to human health (or waistlines) as it’s currently used.

So if you’re one of the many Americans resolved to eat healthier and lose weight in 2016, ignore the frantic activists and keep it simple. Eat more fruits and vegetables, fewer calories overall, and incorporate more exercise.