Grab Some Coffee and Perk Up to Sensationalized Science 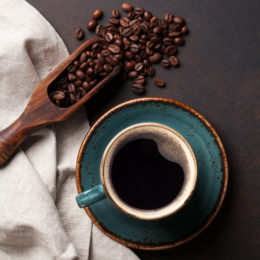 One day it seems that coffee will kill you, while the next it’s hailed as the key to a long life. So what gives?

In an article published in RealClearScience, our chief science officer, Dr. Joseph Perrone, explains why poor scientific methodology accepted by groups like the International Agency for Research on Cancer (IARC) makes it incredibly difficult for the average reader to pick good science from pseudoscience.

Just like claims that someone’s lifelong medical history can be sidestepped with an extra morning brew or one less rib eye, the coffee evaluation should be taken with a grain of salt – or perhaps in this case, sugar.

Although researchers followed hundreds of thousands of participants for more than a decade, volunteers were only asked about coffee consumption once. Scientists can hardly claim a trend exists because of a single data point, especially since the amount of coffee people drink varies throughout their lives.

Gallup polling, for instance, indicates that consumption decreases from 3.8 cups a day to as low as 2.4 cups as the coffee drinker earns more. Yet despite drinking fewer cups, high earners typically live longer. Clearly, more factors are at play than the humble cup of Joe.

Despite not bothering to follow up on the single variable his study was supposed to evaluate, IARC’s Dr. Gunter proudly noted, “We found that higher coffee consumption was associated with a lower risk of death from any cause, and specifically for circulatory diseases, and digestive diseases.”

You can read the article in its entirety on the RealClearScience website.