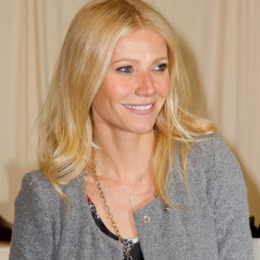 This week on Jimmy Kimmel Live, Gwyneth Paltrow admitted what everyone in the scientific community already knew to be true: She has no idea what she’s talking about.

Paltrow built herself a small empire in goop, a “modern lifestyle brand” dedicated to reviving archaic, anti-science health claims. Recently, she found herself in hot water after convincing female followers to leave a golf ball sized “jade egg” in their vagina to promote sexual health. Dr. Jen Gunter and Dr. Leena Nathan, both board certified OB/GYNs, immediately lashed out with a laundry list of reasons why women should not take the celebrity’s advice, including the potential for bacterial vaginosis, toxic shock syndrome, pelvic floor muscle fatigue, and a complete lack of evidence that jade eggs improve orgasms, muscle tone, or hormone balance.

The warnings clearly made little impression on Paltrow, who continues selling the rocks for close to $70 a pop.

And then there’s “earthing”, the “scientific angle” of connecting to Mother Earth. An article on goop explains that walking around barefoot promotes access to nature’s free electrons, which supposedly cure inflammation, arthritis, insomnia, and depression.

Rather than steal her thunder, we’ll let Gwyneth tell us exactly how her supposedly scientific angle works:

“So one of the things we like to do on goop is find what the alternative world says about feeling good in the modern-day world. So, earthing—I don’t actually know that much about earthing, and it came out of me not knowing anything about earthing but hearing about it. They say that we lost touch with sort of being barefoot in the earth, and there’s some sort of electromagnetic thing that we’re missing. It’s good to take your shoes off and walk in the grass.”

The next time you hear a celebrity parroting that colonics, stainless steel dishware, or clean sunscreen will drastically improve your health, remember Paltrow’s keenly self-aware mantra: “I don’t know what the f*** we talk about.”

Convincing consumers to cure health ailments by going barefoot with a rock in their hoo-ha might be an effective way to boost her own profits, but there should be no lingering doubt that Gwyneth Paltrow is out of touch with medical science and reality.