Gwyneth Paltrow: The OB/GYNs Strike Back 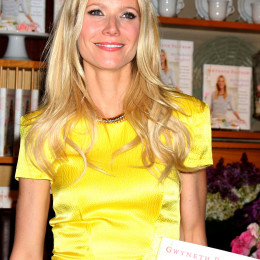 Once again, Paltrow’s lifestyle website goop flexed its anti-science muscle in what seems like an unending saga of peddling pseudoscience to the masses – this time championing women’s health by convincing female followers to put a golf ball sized “jade egg” in their vagina.

According to goop’s source, leaving the solid object in one’s vagina for hours at a time while sleeping or going about the day “increases chi, orgasms, vaginal muscle tone, hormonal balance, and feminine energy.” And if your egg ever needs cleansing? Just stick it out under the light of a full moon. You can’t make this stuff up.

But according to board certified doctors of Obstetrics and Gynecology? That’s not so wise, as if shoving objects into orifices even seemed a tiny bit intelligent.  Dr. Jen Gunter, OB/GYN, notes:

“[J]ade is porous which could allow bacteria to get inside and so the egg could act like a fomite. This is not good, in case you were wondering. It could be a risk factor for bacterial vaginosis or even the potentially deadly toxic shock syndrome.

“There are no studies or evidence to show that jade eggs help with orgasms, vaginal muscle tone or hormonal balance…Jade does not result in hormonal changes, even when inserted in the vagina.”

“Holding the jade egg in the vagina does require the same muscle contraction that a woman would perform with a Kegel exercise…[however,] a woman would need to perform a constant Kegel, which would not be comfortable or advisable.”

Until Gwyneth plans on attaining a medical degree, we’d suggest leaving your feminine health to the gynos.