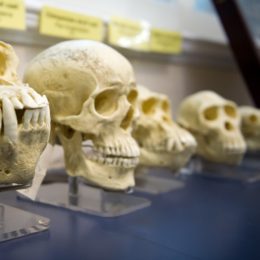 Today marks the 208th birthday of Charles Darwin, the English naturalist and geologist whose book On the Origin of Species ignited controversy over the theory of evolution that persists to this day. In celebration of one of the most embattled scientific figures of all time, check out these five facts on evolution: