Heart-Healthy and Chemical-Free and All-Natural, Oh My! 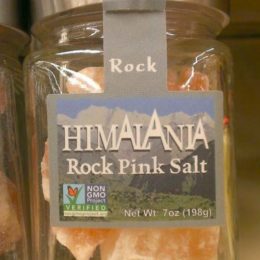 Everyone loves to hate fake news, but would you believe fake transparency has influenced shopping habits since before Trump began feuding with CNN?

If you’ve ever stepped foot in a grocery store, you’ve seen fake transparency. Salt labeled GMO-free (even though salt is a mineral which doesn’t have genes to modify) or beef labeled antibiotic-free (even though meat can’t be sold if it contains drugs used to treat a sick animal) are two prime examples. If you’re old enough to remember the hype about the Y2K computer bug, you’ll also remember seeing marketing execs label everything from shoes to toasters claiming to be “Y2K Ready.”

According to Pew Research Center, a majority of Americans believe organic produce is healthier, and many erroneously believe it to be safer than conventional or genetically engineered alternatives. But as Professor Mike von Massow of the University of Guelph explains, “From a nutrition point of view, there is no difference between organic and traditionally produced products.”

That hasn’t stopped some concerned consumers from being scared into paying organic’s hefty premium – over 300 percent, in some cases. And the “clean food” labels popping up everywhere clearly indicate that other food producers are taking note of the organic industry’s success with fear mongering.

But according to a study in Nutrition Today, the scare tactic can backfire. Claiming that organic produce is “pesticide free” makes low-income shoppers less likely to buy fruits and vegetables at all. That doesn’t help anyone, especially since a Centers for Disease Control and Prevention study found that 90 percent of adults already don’t get the recommended two to three cups of vegetables each day.

So what’s a poor shopper to do when every item at the grocery store sports a label that it’s heart-healthy, chemical-free, and all-natural? Well, what any scientist would do – buckle down and do some research! A product’s nutrition label is the best source of information about what a food does (and doesn’t) contain. Aim for healthy choices which supply essential nutrients like Vitamin D and potassium, which many Americans don’t get enough of. And when in doubt, add more fruits and veggies to your cart. Organic or not, you probably need them.