Home  ⁄  Periodic Fables  ⁄  Retractions  ⁄  How hard it is to spot scientific fraud? 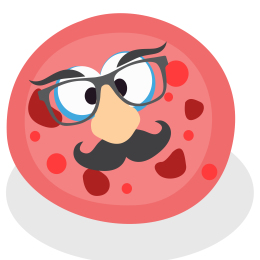 A University of Utah investigation recently uncovered that a graduate student in its chemical engineering department faked photos for a published research paper. The photos were the basis for his paper on microscopic structures called nanorods, which was published by the journal Nano Letters before being retracted. This story highlights one of the easiest and most common ways for scientists to fake results: image manipulation.

The same tactic was used by Japanese researchers to fake data in what had been considered a “groundbreaking” study of stem cells. Earlier this year, Science was forced to retract two much-sited paper from a University of California, Riverside professor after the university uncovered evidence of “serious image manipulation.”

With modern technology like Photoshop, it’s never been easier to fake results. When government grant funding is dwindling and the competition for funding is tighter than ever, it’s all too tempting for researchers to fabricate results. And even when researchers aren’t trying to commit fraud, an article in Plant Cell points out, “a common problem arising from digital formats is that many scientists inadvertently manipulate their image data, often in ways that result in the loss of important information, to make their data look as good as possible.”

Scientific fraud can have serious public health consequences—think the fraudulent and retracted paper linking vaccines and autism that is still being cited by anti-vaccination advocates today. This case underscores why it’s so important that studies are carefully peer reviewed by fellow researchers.