How to Battle Superbugs 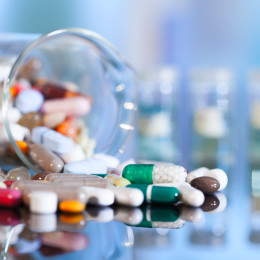 Today, the Hill ran an op-ed from Dr. Joseph Perrone highlighting the problem of overperscription of antibiotics and the development of antibiotic-resistant bacteria.

Infections caused by antibiotic-resistant bacteria cost our economy an estimated $20 billion every year. And that cost is only going to get higher—a new report from the Centers for Disease Control and Prevention predicts infections caused by antibiotic-resistant bacteria will rise by 10 percent in the next five years. That’s one of the many reasons why President Obama created the Advisory Council on Combating Antibiotic-Resistant Bacteria, which held its first public meeting this week.

To understand the extreme problems caused by overuse of valuable drugs, consider the challenges posed by malaria.

Though eradicated in the U.S., malaria still kills more than half a million people every year—mostly in Africa. Historically, diagnosing which patients had contracted malaria and which were sick with other illnesses was incredibly difficult and time consuming. Instead, medical staff vastly over diagnosed malaria and treated most patients who presented malaria’s symptoms with first-line malaria drugs.

This may seem reasonable on its face—“better safe than sorry.” But malaria-causing parasites have confounded scientists for decades with their ability to develop resistance to pharmaceuticals.

Recognizing the significant problem of drug resistance, I and my R&D team at the Becton Dickinson Company developed a test to quickly diagnose patients with malaria. We worked with the World Health Organization and malaria control programs to put these tools in the hands of doctors to ensure only patients actually infected with the malaria parasite were given malaria medication.

Now that many of the malaria parasites have developed resistance to the cheapest and most widely available medications, rapid and accurate diagnostic tests are more important than ever. Unfortunately, the availability of these tests hasn’t stopped patients from demanding malaria medication, even when tests for malaria come back negative.

Physicians in the U.S. face a similar dilemma. When sick patients head to the doctor and shell out $10 or more in copays, they don’t expect to leave empty-handed. Numerous physician surveys show doctors feel pressured by patients to prescribe antibiotics, even when they’re not needed.

The breadth of the problem was underscored by a report last month from the United Kingdom estimating British doctors wrote 10 million unnecessary or inappropriate antibiotic prescriptions in 2014.

Antibiotic-resistance is expensive. Instead of treating patients with the most common (and least expensive) antibiotics, to treat many antibiotic-resistant infections physicians prescribe more expensive alternative pharmaceuticals. A study published in the British Medical Journal last year found that in the case of ear infections, the cost of “resistance-induced antibiotic substitution” is estimated to be $20 million per year.

It’s not just overprescription that poses a problem. Even when antibiotics are prescribed appropriately, too often patients fail to finish the full course of antibiotics once they begin to feel better—or when they’re sick of dealing with the drugs’ side effects such as nausea and vomiting. Failure to finish the full dose means that some of the bacteria may survive. In some cases, the body’s natural defenses will kick in and fight the remaining bacteria. For others, the remaining bacteria can develop resistance to the antibiotic prescribed.

Before parents start worrying, keep in mind that the risk of getting sick from an antibiotic resistant bacterium is still very low. And even when a bacterium has developed resistance to one or two classes of antibiotics, in most cases there are still pharmaceutical treatments available—they’re just more expensive. Yet that miniscule risk shouldn’t preclude sensible, inexpensive steps to stem the spread of these potentially dangerous bacteria.

Instead of prescribing antibiotics—or any pharmaceutical for that matter—simply because a sick patient expects to leave with a prescription to make them better, doctors must explain to patients why a prescription isn’t necessary. And when antibiotics are prescribed, physicians should explain why completing the full dose is important.

We should consider ourselves lucky to live in a society in which too much medicine is a bigger problem than lack of access to basic medical services. Still, we waste billions of dollars each year overprescribing antibiotics, leaving us vulnerable to communicable diseases. The solution starts with physicians and patients realizing that sometimes the best prescription is rest and relaxation—even if it is a bitter pill to swallow.