Home  ⁄  Periodic Fables  ⁄  EPA  ⁄  How to Improve Transparency at the EPA

How to Improve Transparency at the EPA 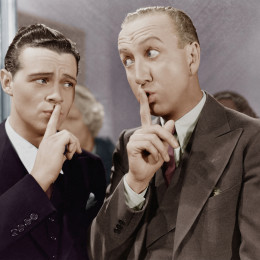 Scientists rely on funding from a variety of sources, including government agencies, universities, industry, and foundations in order to research and publish their work. Rather than discounting or lauding new studies because of their funders, it makes much more sense to evaluate all research with the same critical eye and closely examine their study designs, data collection, findings, etc. That’s why two bills being considered in Congress that would expand the number of scientists reviewing EPA data are so important.

The Environmental Protection Agency (EPA) has a panel of roughly 50 scientists on its Science Advisory Board (SAB), that review the quality of the research used by the EPA for its regulations and evaluate its scientific merits. New legislation with both Democratic and Republican sponsors, H.R. 1029, would expand the experts eligible to participate on the board to include state and local officials and scientists who receive funding from industry. All panelists would have to disclose their financial interests—including any funding from corporations or grants from the Environmental Protection Agency—to increase transparency while still ensuring that the best-qualified experts in particular fields are eligible to serve on the SAB.

Other legislation, the Secret Science Reform Act of 2015, would require the EPA to make all the science, data, and models used as the basis for new environmental rules available to the public. We explained why this bill is so important in an op-ed for The Hill last fall. The EPA has a lot of power to issue new environmental regulations—it’s reasonable to ask that before regulators impose rules that are expected to cost billions to implement, as many scientists as possible review the agency’s research and data.

Of course we all want to ensure we have clean air, clean water, and safe chemicals. We should also want to ensure qualified scientists agree the EPA’s regulations are actually achieving those goals.