How Unlucky is Friday the 13th? 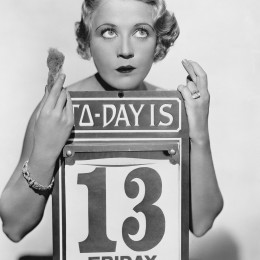 In many western countries, we consider Friday the 13th to be unlucky. In fact, there’s even a phobia of the number 13—triskaidekaphobia. But is Friday the 13th really unluckier than other days?

Most rational people don’t really think bad things are going to happen simply because it’s Friday the 13th. But there’s actual research to back up the fact that there’s nothing especially untoward about today’s date.

Despite little firm scientific basis, superstitions like Friday the 13th still a play a powerful role in many cultures. Psychological research suggests individuals who lack control use superstition to seek out order and explanation. But from a scientific perspective, there’s no real reason to fear Friday the 13th will bring you any worse luck than Thursday the 12th…just to be safe, however, you may want to avoid men in masks wielding machetes today.