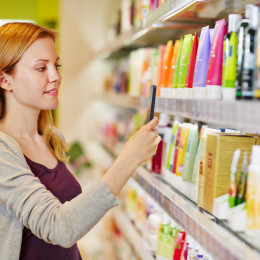 It seems Huffington Post needs a fact checker. The outlet recently published an article painting the decision between beauty and safety as one where consumers always loses.

The article perpetuates the myth that all chemicals are bad by waging war against sunscreen. The author questions whether her readers know both chemical and physical types of sunscreens exist – as if one should be avoided in favor of the other. She quotes a mother’s concern that she had “no idea the chemicals in sunscreen could be so detrimental to our health.”

In reality, physical sunscreens (think zinc oxide) work by sitting atop the skin and creating a barrier from UV rays. They leave a characteristic white residue and wash off more easily, which can be risky if the user isn’t prepared to reapply while active outside. Chemical sunscreens are formulated to be easy to spread, water resistant, and come in varying strengths, although direct UV light depletes the protection more quickly. And most importantly, both types protect the skin from sun-fueled damage. The more you know.

This exploitation of the ill-informed consumer is nothing new. But HuffPo doesn’t just plug new, natural, products free of all “bad” chemicals. It puts forth a blatant falsity which could have been avoided had the author conducted a 3-second Google search, or watched the news.

The untruth? “The United States has not passed a major federal law governing the safety of cosmetics ingredients since 1938.”

False. While the original Federal Food, Drug, and Cosmetic Act was passed 78 years ago, it’s not the only piece of legislation governing consumer product safety.

The Frank R. Lautenberg Chemical Safety for the 21st Century Act (LSCA) was a landmark bill passed this June to keep consumers safe. Rather than applying narrowly to the beauty industry, LCSA permits the Environmental Protection Agency (EPA) greater authority to determine the risk posed by any chemical in commerce. Substances which present a true threat to consumers can be banned – whether they’re in personal care products, or your home’s insulation.

In fact, the law requires the EPA to focus on chemicals of the highest priority; consumer products used by large swaths of the population make the cut. It also establishes a far more efficient regulatory program governing the introduction of new chemicals. Anyone familiar with the fast turnaround of products in the beauty industry knows this provision is a good thing.

Even if LSCA weren’t in place today, the Food, Drug and Cosmetic Act mandates that every cosmetic product and its individual ingredients be substantiated for safety. The law grants the FDA the authority to inspect manufacturing facilities, issue recalls, seize unsafe products, and in the most extreme cases, prosecute and jail violators of the law. Although perpetuators of chemophobia make it seem like we’re living in a world of unregulated danger, such allegations simply aren’t true.