IARC: Ensuring Free and Open Debate…If You’re On Its Payroll 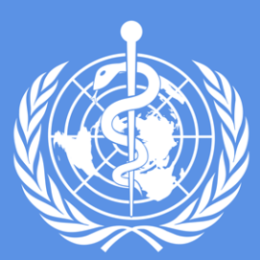 The International Agency for Research on Cancer (IARC), the antithesis of diligent research and reliable science, is at it again. Earlier this week, Reuters revealed IARC instructed its member scientists “not to release any … documents” pertaining to its conclusion that glyphosate is “likely carcinogenic” to humans that were asked for under a freedom of information request.

The refusal is especially concerning given that IARC’s glyphosate classification contradicts almost every major scientific authority, including those in the United States, Europe, Canada, Japan and New Zealand. IARC’s binary assessment of carcinogenicity fails to communicate real risk, and even the U.S. Congress is investigating why U.S. tax dollars are funding an agency which can’t seem to follow basic toxicological principles.

Every researcher, medical professional, and self-professed health nut should be positively outraged that IARC believes itself to be above the standards of good science.

Consider this: When drug developers like Bayer and Amgen found many of their newest pre-market medications unexpectedly and repeatedly failed clinical trials, they looked into the discrepancy and found the studies they based their own drug development on could not be replicated in 75 percent and 89 percent of cases, respectively.

An unacceptable number of studies upon which we support the pillars of public health are false. And there is no way to know this without replication.

If this were merely a matter of intellectual property, or the preservation of a private entity’s economic strategy, withholding data would be perfectly acceptable. But it’s not. We’re talking about the sub-par quality of scientific knowledge which we accept as gospel without outside verification. And the fact that IARC thinks itself above evaluation should raise more than one red flag.