Home  ⁄  Periodic Fables  ⁄  Uncategorized  ⁄  Information Overload: The Problem of Too…

Information Overload: The Problem of Too Many Studies 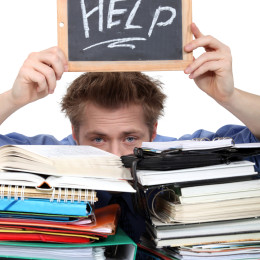 In order to fund their research and further their careers, most scientists are forced to operate under the idea of “publish or perish.” Unless they consistently publish new academic work, their careers will stall. This pressure to continually produce new content, along with the many dubious “academic” journals that operate on a pay-to-publish model, has resulted in a glut of research. It’s a problem highlighted (ironically) by a new scientific study: “Attention Decay in Science.”

This growing amount of scientific research has made it harder for scientists to stay abreast of the current research in their fields. And some argue the time-pressure on scientists has affected their ability to properly critique others’ research during the peer-review process, resulting in published work that includes flaws, mistakes, or even fraud.

Pointing out these mistakes and pushing for retractions from scientific journals is a slow process. But a new website, PubPeer, has created a platform from “post-publication” review of scientific research, allowing researchers to comment on others’ work anonymously.

The site has already revealed several instances of scientific misconduct and amassed over 25,000 comments. While peer review, despite its flaws, continues to be a key part in evaluating new research, post-publication review is an excellent new tool. Rather than pushing scientists to simply publish more research, we hope tools like PubPeer will push scientists to publish better quality research.