Is Vani Hari the next Jenny McCarthy or Dr. Oz? 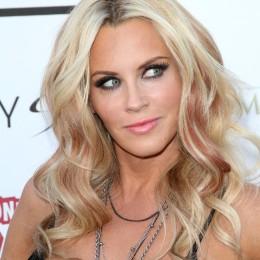 As part of her promotion tour, Hari sat down with Atlantic author James Hamblin. In his article, Hamblin points out that academic scientists and doctors have heavily criticized Hari for raising alarm about perfectly safe chemicals and foods and failing to recognize that “the dose does make the poison.” Hamblin writes:

Her work has drawn ardent criticism, primarily from a vocal contingent of academic researchers and doctors, who accuse her, in no uncertain terms, of fear-mongering and profiteering. They say that she invokes science when it is convenient, as in the passage above, but demonizes it when it is not—as in her blanket case against any and all genetically modified food.

Even as Hari has been attacked for scientific inaccuracies—and even selling products on her website containing the very chemical she is running a campaign against—Hamblin notes, “Hari is a paragon of opportunism in that way, turning criticism in her favor, incorporating it as part of her outsider identity. Her critics are part of an establishment trying to suppress the truths she holds, the truths they don’t want you to hear.”

The article details her war against genetically modified foods, despite no evidence that GM foods pose any harm. Rather, she accuses anyone who supports GMOs—scientists, journalists, etc. as “in the pocket of industry.” Hamblin points out the ridiculousness of that argument:

But to accuse anyone who defends the use of GMOs of industry corruption, of being a shill for industry, stifles much-needed conversation. It is simply impossible that every scientist who argues for the benefits of genetic modification is sacrificing ethics and academic integrity for a paycheck from a biotech company.

Hari has a dedicated army of followers and “is on track to become the next Dr. Oz-level health-media personality.” The comparison between Hari and Dr. Oz is striking—both have heavily profited from generating baseless health scares and promoting their own diets. And both have been heavily criticized by experts and commentators (including this blog) for a lack of scientific basis for their claims. Perhaps Hari’s next career step will be defending some of her snakeoil-like pitches before Congress or having all her baseless advice pointed out in a prestigious peer-reviewed journal.