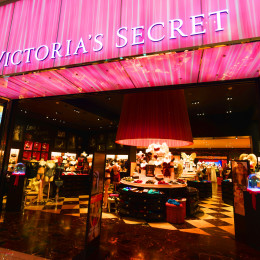 In many parts of the world, mosquitoes aren’t just an annoyance. They carry dangerous diseases, including malaria and West Nile virus. Finding repellents that effectively stop mosquitoes from biting is an important part of the fight to stop these contagions that kill millions every year.

One of the most popular repellents is DEET, though the chemical has a bad reputation.

It often gets confused with DDT, but even though the names are similar, the two chemical insect repellents have widely different health effects. Serious side effects with DEET exposure are extremely rare and have only been shown to occur at extremely high levels of exposure.

Because of concerns about DEET safety, many consumers are pushing for DEET-free bug repellents. But do these alternatives work?

Researchers at New Mexico State University sought to answer that question. They examined the efficacy of DEET and DEET-alternatives, and they tested the common theory that mosquitoes are more attracted to floral scents. The findings were published in the Journal of Insect Science.

Unsurprisingly, the researchers found that all the DEET-containing repellents were better at repelling mosquitoes than the control (no substance applied). Most of the non-DEET sprays did little to nothing to repel mosquitoes, though one lemon eucalyptus repellent did effectively repel insects.

While those findings are consistent with expectations, one result confounded researchers: Victoria’s Secret Bombshell Eau de Parfum was a “strong repellent with effects lasting longer than 120 minutes.”

Before you run out and stock up on “bombshell,” there’s a caveat. Researchers applied significantly more perfume than the average woman wears. Unless you’re also willing to repel every human around you (or spend over $50 for 3.4 ounces of repellent)  you’re better off sticking to a less-than-$10 DEET-based spray for a long-lasting, effective insect repellent.