Junk Science: The Least Important Meal of the Day 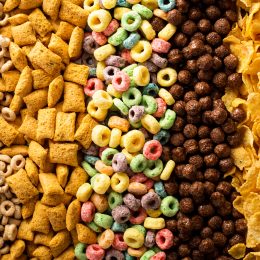 A new report from the alarmist Environmental Working Group (EWG) warns your breakfast may be poisoning you.

The scapegoat of choice is one that has faced backlash from environmentalists on both sides of the Atlantic—glyphosate, a chemical routinely used in herbicides for 40 years.

Possibly out of concern for their own granola-heavy diets, the EWG’s so-called scientists report they analyzed oat cereals, oatmeal, granola and snack bars, finding “higher glyphosate levels than what the group’s scientists believe to be ‘protective of children’s health’”.

While that’s what the best and brightest at the EWG believe, here’s what actual experts know.

In December 2017, an Environmental Protection Agency assessment found that glyphosate poses no “meaningful risks to human health when the product is used according to the pesticide label.”

It’s also worth noting the EWG uses their own standards for what the group considers an acceptable level of glyphosate—standards no other organization uses.

Earlier this year, a doctor and surgeon who conducts cancer research wrote that, “glyphosate’s benefit-risk ratio is one of the highest of all weed killers derived from organic chemistry. It is less toxic than common chemicals like aspirin. It is therefore surprising that media coverage has been irrational and even hysterical.”

Indeed, one study calculating the impact of eliminating glyphosate found that American farmers would lose more than $3 billion in annual revenue, that there would be increased fuel use (equivalent to putting nearly 11 million more cars on the road), crop production would go down, crop prices would go up, and there would even be a net increase in the amount of (possibly dangerous) herbicides used.

The EWG isn’t the only group with low standards for science. When the International Agency for Research on Cancer (IARC) evaluated glyphosate back in 2015, it labelled the herbicide “probably carcinogenic to humans.” A subsequent Reuters investigative report found that IARC’s evaluation was wrought with corruption — including editing out “multiple scientists’ conclusions that their studies had found no link between glyphosate and cancer in laboratory animals.” But it was too late: The IARC report has already equipped activists with all the pseudo-scientific ammo they need.

It’s always a tragedy when someone is afflicted by cancer. Though that doesn’t provide an excuse to push bad science.

Part of the problem with that court case was that Christopher Portier, an Environmental Defense Fund activist and former IARC employee was called to the trial as an expert witness. Yes, an environmental activist for a group that has long opposed aspects of biotechnology was called as an expert witness, despite what seems to be an apparent bias and conflict of interest.

Real experts, like those at the European Food Safety Authority, found that “glyphosate is unlikely to pose a carcinogenic hazard to humans.”

Similarly, a long-term study of more than 50,000 American farmers found that, “no association was apparent between glyphosate and any solid tumors or lymphoid malignancies overall, including NHL and its subtypes.”

The science is in. It’s time to listen to experts, not fear-mongers.