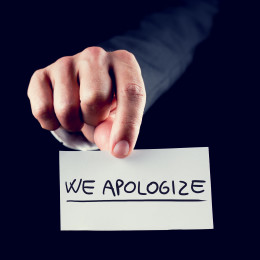 This week, the journal PLOS ONE, reported that it had mistakenly published a study linking glyphosate, the most commonly used herbicide, to ADHD even after the journal’s editorial board rejected the paper during the peer review process.

Earlier this month, in an email to the paper’s authors explaining the paper’s rejection, the journal’s editorial board identified eight major problems with the study, including the fact that the authors failed to establish “people classified as cases of ADHD were ever exposed” to the herbicide.

Yet the paper was published anyway on August 19. Three days later, the PLOS ONE published a note retracting the paper:

The publisher wishes to retract this paper because it was published in error. This paper was editorially rejected following peer review and consultation with the Editorial Board. Unfortunately, the production process was erroneously completed on this paper resulting in publication, and the publisher apologizes for this mistake.

The authors of the paper have forcefully defended their work, telling Retraction Watch, “Needless to say, the authors will not submit work to PLOS One again, as the internal editors are secretive, clearly not truthful, and do not honor the external peer review process and or even their own protocols.”

Criticism of glyphosate has been one of the key strategies employed by opponents of genetically modified foods. And anti-GMO activists have shown they have no problems citing research that has been retracted by major journals—they’re still citing a retracted paper by French scientist Gilles-Eric Seralini that suggested a link between GMO corn and cancer in rats.

We’ll watch to see whether activists begin citing this retracted ADHD/glyphosate study, but in the meantime you can learn more about GMO food safety with our primer, “5 Things to Know About GMOs”.