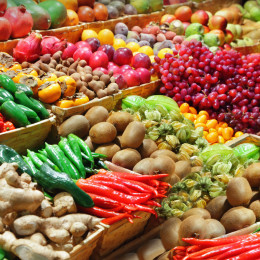 It’s World Cancer Day, a day meant to bring attention to approaches to fight cancer. Scientists and medical researchers are making astounding strides in early detection, treatment, and understanding of cancer, but statistically American men and women still have a 1 in 2 or 1 in 3 risk of developing cancer, respectively.

That high risk of developing cancer is why new research hailing certain foods as factors in preventing or causing cancer receive so much media attention. But with so many studies of so many foods, how should you alter your diet?

A recent study by Harvard Medical School researchers looked at 50 common ingredients from random recipes in a cookbook and then examined published research linking these ingredients to cancer risk. They found that 80% of ingredients were associated with an increased or decreased risk of cancer according to published studies, though most of the associations were weak.

In most cases, the researchers found that once many of the published studies they examined were replicated, the magnitude of associated cancer risk diminished. That’s not surprising considering when smaller studies are repeated with more data, the effect found in the initial study often disappears.

Trying to keep track of which foods might increase or decrease your cancer risk is nearly impossible—and certainly more stress than it’s worth. Instead, eating a balanced diet that includes lots of fruits and vegetables and exercising are better ways to prevent disease.