Living on a Noisy Street is Probably Not Making You Fat 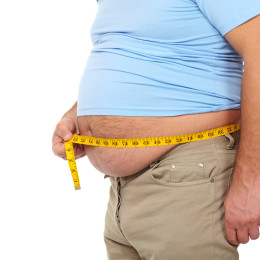 A new study from Sweden has generated a number of splashy headlines from popular news outlets explaining, “Here’s why living on a noisy street could make you fatter.” But the findings are a lot less compelling than media reports would have you believe.

The article, published in the journal Occupational and Environmental Medicine, looked at exposure to road traffic, train, or aircraft noise and obesity markers (BMI, waist circumference, etc.) of roughly 5,000 Swedish men and women and concluded “traffic noise exposure can increase the risk of central obesity.” But researchers didn’t actually find that road noise is causing residents to pack on the pounds.

Essentially, the study’s authors found that participants who were exposed to lots of traffic noise (mostly aircraft noise) were slightly more likely to have a slightly higher waist circumference or hip-to-waist ratio. There was no relationship between higher BMI levels and exposure to traffic noise. That means that the people exposed to noise didn’t weigh more, but their waists happened to be slightly bigger.

Dr. David Katz, director of the Yale University Prevention Research Center, pointed out that: “Studies of association like this new one are notorious for revealing correlations that aren’t about cause and effect.” “Noise exposure, for instance, might be more prevalent among poorer neighborhoods where food choices are poorer as well, and that could be the real cause of increased abdominal fat.” However, he did note that this study’s researchers did a good job controlling for these possible factors and conceded, “Whether noise contributes to central obesity and metabolic risk is not certain, but possible.”

The authors of the study may have stumbled onto something—it’s possible road noise is stressing people out, causing them to develop belly fat—but we don’t really know that based on this research. Unfortunately, casual readers won’t really get this important distinction from media’s quick jump to “Why Living on a Noisy Street Can Make You Fat.”