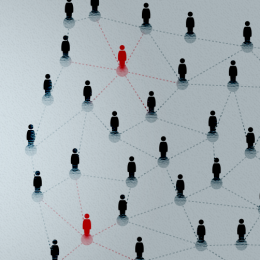 This year, the World Health Organization (WHO) cited vaccine hesitancy as a top global health threat.

The viral spread of anti-vaccine information (pun very much intended) is leading to a resurgence of measles in the United States, where inoculations are readily available as part of the MMR and MMR-V vaccines. More than 300 people have contracted measles in New York, roughly 100 cases have emerged in the Pacific Northwest, and additional outbreaks are springing up in California, Texas, and Illinois. Affluent parents opting out of vaccination stands in stark contrast to an ongoing measles outbreak in Madagascar – where many want but are too poor to afford vaccines – that has killed almost 1,000 people in 6 months. Most of the victims were young children.

Help us get the word out about vaccine safety with a $10, $50, or $100 donation.
In all, there has been a 30 percent increase in the number of measles cases worldwide. The infections could’ve been all but prevented by a double dose of the measles vaccine. It’s 97 percent effective, and responsible for saving more than 20 million lives since the turn of the century.

In spite of the efficacy of vaccinations, anti-vaccine groups believe it’s in the public’s best interest not to get their shots.

They argue that better hygiene and sanitation is behind the precipitous drop in infectious diseases, rather than vaccines. However, it’s herd immunity, a defense produced by high vaccination rates, that prevents diseases from getting a foothold even among the unvaccinated population. That protection vanishes when the vaccination rate falls below 95 percent, as we’re seeing in some communities today.

Anti-vaccine groups also highlight the existence of rare side effects (which do not include autism, by the way) as evidence that vaccines do more harm than good. They point to the existence of the Vaccine Adverse Events Reporting System (VAERS) database as evidence that vaccines are responsible for everything from neurological disorders to death.  The database is an open forum where anyone can post an adverse effect regardless of a causal tie with vaccines. To demonstrate the databases weaknesses, anesthesiologist Dr. James R. Laidler reported that the influenza vaccine had turned him into The Hulk. The VAERS system accepted it.

It’s not wrong to want more information about vaccines. But it’s in the public’s best interest for facts on vaccine safety and disease consequences to be readily available for those seeking information. There’s a near endless stream of anti-vaccine content on Facebook, Youtube, and Google, and it’s often the first result to pop up when parents are inquiring into whether or not they should vaccinate their children.

To that end, The Center for Accountability in Science is starting a grassroots campaign to ensure credible information is front and center for those who want it. Donate now to ensure accurate information about vaccines is available to the public.