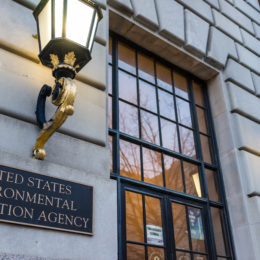 The New York Times last month criticized Dr. Nancy Beck, nominated as a senior EPA administrator, for having a different professional opinion from some of her peers at the EPA. NBC News recently called Dr. Michael Dourson, nominated to head the Office of Chemical Safety and Pollution Prevention, a “Toxic Chemical Swamp Creature.”

The news stories appear to be taking their cues from radical environmental groups, like EWG and NRDC, which are solidly in the “all chemicals are bad under every circumstance” camp. But that viewpoint certainly isn’t backed by scientists. Researchers with George Mason University found that close to 80 percent of Society of Toxicology members believe the Environmental Working Group, Natural Resources Defense Council, and Center for Science in the Public Interest overstate the risks of chemicals.

As our chief science officer Dr. Joseph Perrone wrote in a recent op-ed, the David and Goliath story of environmental heroes versus the Big Bad Industry reduces complex issues of toxicity into headline-generating news of little substance.

Let’s look at Dr. Dourson as an example.

As a toxicologist with 40 years’ experience working for the Environmental Protection Agency, University of Cincinnati College of Medicine, and the nonprofit Toxicology Excellence for Risk Assessment (TERA), Dr. Dourson is far more qualified to head his office than some of the President’s nominees to other executive departments.

During his time at the EPA, Dr. Dourson was one of the founders of the agency’s Integrated Risk Information System (IRIS), a program that identifies and characterizes the health hazards of chemicals in the environment. When Dr. Dourson moved on from the agency in the mid-90’s, he developed an improved version of the database, called the International Toxicity Estimates for Risk (ITER). ITER compiles data on the human health risks of chemicals, and compares the risk assessments of international groups like the U.S. Centers for Disease Control and Prevention, Health Canada, and the Netherlands’ RIVM.

It’s such a good database, in fact, that The National Institutes of Health (NIH) Toxicology Data Network (TOXNET) includes ITER in its list of reference databases for public use. It provides free, easily accessible information for students, researchers, government agencies and even the rogue environmental groups who want to see its founder sidelined from the work of toxicology.

As far as Dr. Dourson’s reputation among professional scientists goes, look no further than the EPA’s own announcement of his nomination, which included more than a half dozen endorsements from professors, public servants, and the Editor-in-Chief of an international toxicology journal.

So the reports which claim that private sector scientists are unable to contribute to the body of scientific knowledge in a positive way? They’re weak arguments at best, and intentionally misleading at worst.

For us, the day Dr. Dourson is no longer certified by the American Board of Toxicology, or shirks his fellowships to both the Academy of Toxicological Sciences and the Society for Risk Analysis is the day we believe public health is no longer his primary interest.