Myth: All Fossil Fuels Are Equally Bad for the Environment 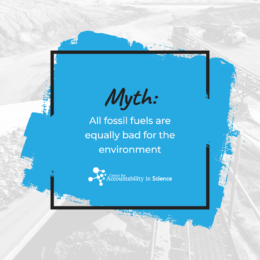 The foundational element of life is carbon. Burning any fossil fuel will result in the release of carbon dioxide into the atmosphere which scientists believe is the main driver of climate change. But not all fossil fuels are equally harmful to the environment.

For example, if the same amount of energy is created by coal and natural gas, the coal will emit nearly double the amount of carbon dioxide into the atmosphere. In fact, the broad transition away from coal to natural gas in the United States is one of the main reasons the U.S. led the world in carbon emissions reduction.