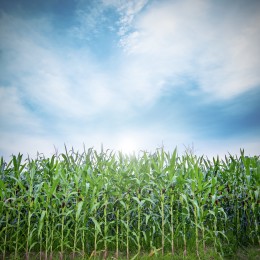 However, the Internet conspiracy theorists who malign GMOs haven’t been deterred by the wealth of science that already existed before this report, which has already led to statements from the World Health Organization, British Royal Society, and the American Medical Association saying, in so many words, that GMOs are just as safe as other foods. And true to form, the Environmental Working Group (EWG) responded by focusing on issues of labelling, regulation, and questions regarding whether genetically modified crops increased yields.

What EWG failed to mention is that the NAS report found no issues of increased cancers, diseases or environmental damage because of GMO crops.  Additionally, no link was found to the decrease in the monarch butterfly population.  The NAS report also noted that GMO crops reduced insecticide usage and a greater biodiversity in fields with insect resistant BT crops. Very important and completely ignored by EWG’s press release is that the NAS found that GMO crops can enhance the nutrition content of certain crops.

EWG still alleges on its website that “The long-term safety of genetically engineered foods has not been proved.” Will it issue an amended statement and note the findings of the NAS and other authoritative bodies? We doubt it.

It is unfortunate that EWG instead of focusing on science and real data has chosen to portray this NAS study in a political light instead of being honest with its members and readers. That M.O. is the fundamental difference between a charlatan and an honest broker.