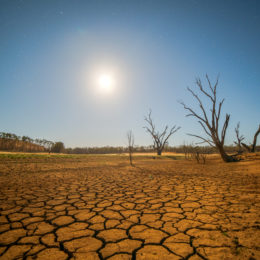 When “natural” activists shirk new technology, their aversion is often paraded under the banner of health and human safety. Hard science? Not so much.

As we’ve previously discussed, broad scientific consensus affirms the safety of genetically modified foods. The National Academy of Sciences, one of the world’s most well-respected scientific bodies, released a report last year that should have put the entire debate to rest. Yet the unsubstantiated emotional argument against GMO safety continues to dominate the public sphere. Close to 90 percent of Americans believe that all products containing GMOs should be labeled.

As formerly anti-GMO Mark Lynas puts it, “Ignoring the scientific consensus on GMO safety might be irritating in rich countries, but in sub-Saharan Africa anti-science attitudes can be a matter of life or death.”

A strong sentiment indeed, but unfortunately, Mr. Lynas is not exaggerating.

Despite a persistent drought leaving the entire country of Tanzania at risk of “acute food insecurity,” modified produce is burned, lest it “contaminate” the community. The recent reports stem from members of Cornell University’s “Alliance for Science,” who toured a Tanzanian plot growing drought-resistant corn. Threats from anti-GMO activist groups, such as Greenpeace, shuttered agricultural trials elsewhere, leaving farmers indefinitely barred from growing produce modified to withstand the hardships of the local environment.

Thus, although the Tanzanian trial was wildly successful, all the drought-resistant corn it produced was destroyed.

There is a reason not to rush scientific trials, but this particular brand of corn has existed in the U.S. and African food supplies for years. All available evidence affirms its safety.

Proponents of health and human safety should be outraged. Yet many of the activist groups marketing themselves under such a banner applaud the decision to forego feeding a starving public in the name of pseudoscientific ideologies.

At the very least, the Tanzanian case should stand as an ominous testament to the dangers of pseudoscience. That’s an emotional plea science can get behind.