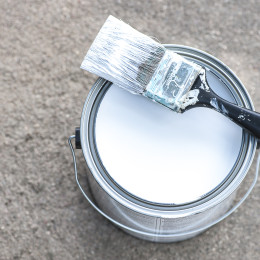 After hearing that the French Agency for Food, Environmental and Occupational Health and Safety (Anses) recently proposed classifying titanium dioxide as a Category 1b carcinogen, we at the Center for Accountability in Science have been busy compiling evidence, and the verdict is in.

Titanium dioxide is most widely used white pigment in paints, coatings, plastics, paper, inks, fibers, cosmetics, and foods – and it’s been in commercial use for over 100 years. While the International Agency on the Research of Cancer (IARC) names titanium dioxide as a “possible human carcinogen,” the decision was based on just two studies of rats exposed to extremely high levels of titanium dioxide. Similar effects have not been seen in humans; in fact, European regulatory authorities and scientists caution that exposing animals to excessive amounts of particles has little relevance for humans. Studies of thousands of workers exposed to titanium dioxide through their jobs have shown no correlation between exposure to titanium dioxide and cancer or other lung diseases.

Read our new research brief, 5 Things to Know About Titanium Dioxide, to find out more.