Nitrite and Amines and Amides, Oh My! 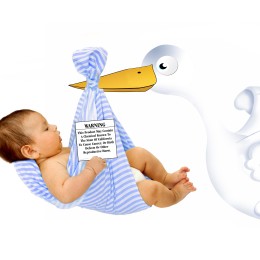 In 2014, OEHHA proposed to add “nitrite in combination with amines or amides” to Proposition 65’s ever-growing list of carcinogens.

Nitrite is part of the nitrogen cycle, the process by which nitrogen is reused in the natural environment. The cycle would occur whether humans were present or not, and that’s a good thing! Otherwise, all molecular nitrogen would be stuck in our bodies when we die, and plants would be deprived of an essential resource to produce chlorophyll. Consider it all part of the great circle of life.

Amines and amides are both broad classes of chemicals. The former encompasses everything from the building blocks of our cells, to methamphetamine, while the latter are responsible for nylon stockings and penicillin. The classifications are similar to how we think about dogs – they’re all pups, but a Chihuahua is certainly different than a Great Dane, and there are hundreds of variations in between.

After evaluating public comments and scientific evidence surrounding a nitrite and amine or amide mix, the agency reluctantly concluded that its criteria to classify a substance as carcinogenic had not been met.

We say reluctantly because in May 2015, OEHHA put the nitrite and amine or amide combination back on their chopping block, believing that previous studies disproving carcinogenicity weren’t sufficiently broad – that although none of the tested combinations were cancer causing, one specific combination, somehow, somewhere, might prove to be carcinogenic. And that, by golly, would be enough to blacklist the entire class of chemicals.

It gets even wonkier:

Courts have suggested that labels would be required if an item itself didn’t meet the Prop 65 requirements, but created a byproduct which did. Although we don’t know what “safe harbor” limit will be set for nitrite and amine or amide presence, this means that nitrite, amine, or amide produced could theoretically be required to carry a Proposition 65 warning, lest they come into contact with one another.

Since humans naturally excrete around 19 amines in our urine, and the good bacteria living on our skin regularly produce nitrites, you might as well slap a Proposition 65 sticker on every newborn baby boy, lest their mothers be the unknowing victims of a “cancer-causing” stream.

Instead of accepting the possibility that not every chemical with a funny sounding name causes excessive harm, the agency once again proves that chemical over-regulation is a solution looking for a problem.