No Gwyenth, Wearing a Bra Doesn’t Cause Cancer 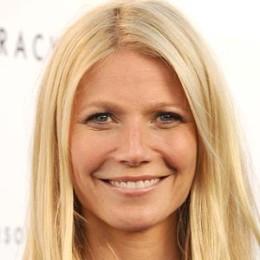 Gwyenth Paltrow really doesn’t know much about science. We’ve pointed out her dangerous health advice on cleanses, detoxing, and dieting before on the blog. Now she’s taken her anti-science tendencies to the next level by repeating the completely false claim that wearing bras could cause cancer.

We doubt there are many women who were seriously worried that Victoria’s Secret is selling cancer-causing lingerie, but in case you were concerned, new research should set your mind at ease. That’s right, researchers actuallypublished a study in a recent issue of the American Association for Cancer Researchthat finally debunks the pesky myth that wearing a bra raises your breast cancer risk. It doesn’t matter your cup size or whether you wear lace, underwire, or cotton—the authors’ study of postmeopausal women found that no aspect of bra-wearing increased cancer risk.

Though it seems ridiculous that anyone would think wearing a bra causes breast cancer, a 1995 book Dressed to Kill: The Link between Breast Cancer and Bras promoted this implausible myth. The idea may have stemmed from a 1991 study of postmenopausal women that suggested women who didn’t wear bras had a lower breast cancer risk than bra wearers, though the difference wasn’t statistically significant and no valid study has found evidence that wearing a bra causes cancer.

Wearing a bra might be uncomfortable, but it won’t give you cancer—no matter what  you see on Wikipedia or equally reputable sources.