No, Humanity Isn’t On the Brink of Extinction 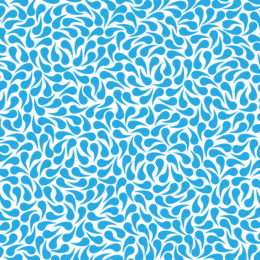 Have you heard? Chemicals are crippling Western men’s sperm at a rate so alarming, humanity is in danger of extinction!

And if you believe that, we have a bridge to sell you.

Early last week, a study in the journal Human Reproduction Update reviewed previous scientific literature and found that men in Western countries are producing 59 percent fewer sperm than their grandfathers. Although the study controlled for variables like age, abstinence time, and semen collection method, the review was still severely limited by the quality of data available to analyze. But tell that to the media, which fell into a frenzy over this latest “major public health crisis.”

In terms of scientific study, sperm count hasn’t been a hot topic for very long. When evaluating a potential change in a population – in this case, sperm concentration and total sperm count – it’s helpful to have multiple generations to compare data between. That’s also a major reason why genetic researchers study fruit flies. With such a short amount of time between birth and doing the deed, it’s easy to spot generational changes.

But humans aren’t quite so easy to work with. With barely three generations to compare in the sperm study, it’s difficult to tell whether the current “decrease” is actually a random fluctuation within our species’ overall “normal” range, or whether our genetic delivery system is in a slump.

At least for now, the former seems to be the case. Despite reportedly “low” sperm count and concentration among Western men, the difference doesn’t seem to have made an impact on American baby making. The CDC reports that the rate of infertility among married couples is just 6 percent – half the rate seen in 1965.

That’s because conception doesn’t begin to waver until sperm counts shrink to roughly 40 million swimmers per milliliter. And fewer than 1 percent of the studies evaluated in this analysis had average sperm counts which dipped below that concentration.

Interestingly, despite evaluating data from 50 different countries, the authors didn’t parse out their findings by country. It’s a curious decision, since environmental factors like heat and obesity are believed to impact sperm production, and vary drastically on a country-by-country basis. As the casual observer might guess, the sperm counts of men who spent their winter in Miami can’t be reasonably compared to men who faced a winter in Moscow.

If chemicals really are impacting sperm quality, we would expect to see evidence on smaller community levels, not just through a broad and imprecise “West versus non-West.”

We’ll wait for the evidence before worrying about a sperm-pocalypse, thanks.