Home  ⁄  Periodic Fables  ⁄  Uncategorized  ⁄  No, There Aren’t Toxic Amounts of Lead in…

No, There Aren’t Toxic Amounts of Lead in Lipstick 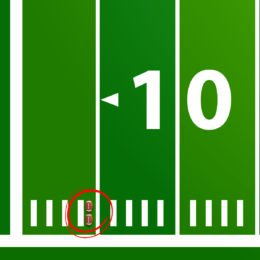 According to the Environmental Working Group, those scoundrels at the FDA are allowing toxic amounts of lead to poison lipstick lovers nationwide!

Not so fast. After all, “according to EWG…” is not the same things as “it’s true that…”

Last year, the FDA issued guidelines detailing how much lead is safe in lipsticks and other cosmetics. The agency found that products containing less than 10 parts per million (ppm) of lead won’t pose a threat to your health. At this concentration, even if you lick your lips, eat, drink, or otherwise ingest the lipstick you put on, you won’t even consume enough lead for it to show up on a blood test.

And after “reports alleging dangerous levels of lead in lipstick” made claims of rampant poisoning, FDA conducted their own tests (and in fact developed a new method of detecting lead in lipstick). They found that over 99 percent of lipsticks were within the 10 ppm safety standard. Pucker up, activists.

It might be easier to think of “parts per million” in familiar terms. For example, out of an entire NFL football field, end zones included, 10 ppm would only make about 82 square inches, or roughly the area of two footballs.

The manner of consumption (topically applying lipstick versus eating something whole) as well as the intended consumer (adults versus children) is why the FDA allows 10 ppm lead in cosmetics, but only 0.1 ppm in candy intended to be consumed by small children. EWG uses the lower number in its lipstick scaremongering. But equating the two by saying that 10 ppm represents a “toxic” dose of lead isn’t accurate.

Our advice? Apply your lipstick any way you’d like, but maybe don’t let your kids eat it by the handful.