Your Produce Isn’t Covered in Pesticides 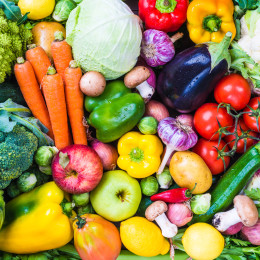 Every year, the activists with the Environmental Working Group put out their “Dirty Dozen” list of produce most covered in pesticides and “Shoppers’ Guide” to avoiding pesticides in food. The list certainly sounds scary, and it generates a host of alarming headlines. But the good news is it doesn’t take much effort to expose the EWG’s weak science and fearmongering arguments.

The guide isn’t scientific— it’s neither a study, nor peer reviewed. (In this regard, the guide is just the latest in a procession of EWG releases masquerading as credible scientific research). In fact, a peer reviewed analysis demonstratively discredited the EWG list on several grounds.  The EWG did not conduct any tests or experiments of its own. The guide (see how they don’t call it a study?) is just its interpretation of data gathered by the United States Department of Agriculture (USDA).

The main claim is that produce frequently contains traces of pesticides.  Though true, this fact by itself is meaningless since the EWG doesn’t mention how insignificant these traces are.

To put the EWG’s fearmongering into context, a child could consume 1508 strawberries a day without any effect, even if they consumed the highest pesticide residue recorded for strawberries.  As we’ve shown before, the dose is the essential fact when it comes to assessing the dangers of pesticides or any toxin.

EWG also tries to deemphasize that even organic producers use pesticides—they’re necessary for efficient farming. The only difference is that conventional farming utilizes synthetic pesticides, which the USDA has affirmed “do not pose a safety concern for U.S. food.”

This annual campaign from EWG is an effort to scare consumers away from eating conventional or genetically modified foods. EWG is leading efforts to ban GMOS, even though the overwhelming volume of scientific research shows these foods are safe to eat.

Remember: fruits and vegetables are keys to a healthy diet, so stick to the science and don’t let the EWG’s artificial fear ruin your appetite.