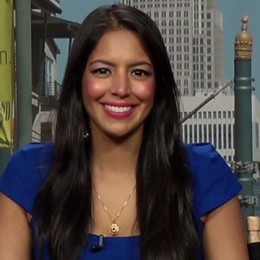 Over the weekend, the New York Times style section published a profile of Vani Hari, the “Food Babe.” As we’ve blogged time and time again, Hari’s blog is riddled with scientific inaccuracies and alarmist rhetoric. The Times profile points out: “her statements — often incorrect — and faulty reasoning have produced numerous memes and parodies, not to mention aggressive reactions from doctors and scientists, who call her scientifically illiterate.”

The profile does an excellent job of boiling down Hari’s strategy:

Ms. Hari’s posts follow one of a handful of simple but effective formulas. Sometimes she finds an ingredient, often an ugly-sounding chemical (propylene glycol, which she said was in beer), and finds a secondary industrial use (antifreeze) for it. (In this case, Ms. Hari actually confused her chemicals. Dr. David H. Gorski, a surgical oncologist who also has a degree in chemistry, wrote on Science-Based Medicine that the beer ingredient is propylene glycol alginate, which, despite its name, is not even close to propylene glycol, is not antifreeze and is derived from kelp.)

Another of her approaches is to find an unappetizing-sounding source of something (isinglass, for example, a colorless, tasteless collagen made from fish bladders that’s been used for centuries to clarify beer without causing harm) and cry foul.

In both cases, Ms. Hari usually profits, promoting expensive alternatives for which she receives Amazon affiliate commissions. (Making a percentage off referrals is a common moneymaker for blogs.) Ms. Hari, who also sells eating guides ($17.99 a month) with “approved brands,” said her methods were “bad business.”

Check out the full profile on the New York Times’ website here. You can also read Food Babe’s response to this “unfair attack” here.