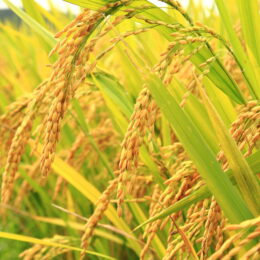 The Philippines finally shut out anti-science critics and approved the planting of “golden rice,” a vitamin-enriched rice that could help save nutritionally deficient children.

As many as one in five children in the Philippines suffer from vitamin A deficiency (VAD). VAD is a brutal deficiency that can leave children blind and with weakened immune systems. Golden rice, which is enriched with vitamin A, will end the suffering of these children in a staple food that families are already used to preparing but that generally is a poor source of vitamins.

With an estimated 190 million children suffering from VAD globally, one would think golden rice must be a new innovation. But it isn’t. Golden rice was first developed in the 1980s, but opponents of genetically modified crops have blocked access to the grain.

Instead of celebrating the scientific innovation that could end VAD, activists at the United Nations signed an anti-GMO agreement in 2000 that forbade modified foods. The U.N. claimed it was “protecting human health” by banning foods that could prevent disorders like VAD, yet there is no evidence that modified crops are less safe to consume. There is, however, lots of evidence that children have needlessly suffered and gone blind for decades because of anti-GMO policies.

Fortunately for the children of the Philippines, the anti-GMO propaganda is being ignored. Farmers are now allowed to grow a special version of golden rice developed by the Department of Agriculture-Philippine Rice Research Institute. Golden rice will give children up at least 50 percent of their daily vitamin A, drastically reducing the number of children who will suffer from VAD.

Other modified rices are in the works, as well, including one that is high in iron and zinc. At least two billion people suffer from deficiencies in iron and zinc globally. But it’s not guaranteed that these developments will actually be made available to the people who need them most.

More than 150 Nobel Laureates have called on the United Nations to reverse its anti-GMO positions to allow modified crops, including golden rice. Top American officials have also warned that anti-GMO policies could cause famine in the future. Yet the organization hasn’t budged. The progress made in the Philippines will hopefully give other countries the confidence to ignore the U.N. and do what is best for the people in need.