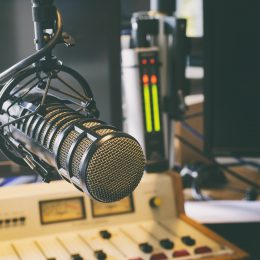 An interesting ad is making the rounds on DC radio.

“In the 1980s and 90s we weren’t so sure about what caused colon cancer, America’s second leading cancer killer. But science has shown something important and perhaps surprising. Processed meat causes colorectal cancer. That means bacon, sausage, hot dogs, hams, and deli meats. There’s no safe amount.”

According to the ad, all colorectal cancer is caused by processed meat, and you’ll be totally safe if you just eliminate it from your diet. Problem solved, right?

The American Cancer Society estimates that the average American male has about a 4.5 percent risk of developing colorectal cancer in their lifetime (the risk is lower, about 4.2 percent, among women). For the men who regularly consume bacon, hot dogs, or jerky every single day, that risk rises from 4.5 to 5.3 percent. For women, it increases from 4.2 to 4.8 percent.

We’re talking about less than a one percent risk increase among those who eat processed meat every single day for a lifetime.

The reverse is also true. Men who consume no processed meat would theoretically reduce their overall risk to 3.7 percent (3.4 percent for women), since America’s “average” colorectal cancer rate already includes meat eaters. Think about it this way: Even after cutting all processed meat out of your diet, your risk of developing colorectal cancer decreases by less than one percent.

Exaggerating the impact that processed meat has on one’s likelihood of developing cancer can make people think that one small substitution – choosing chicken wings instead of a hotdog, for example – will have an outsized impact on their risk of cancer. It won’t.

There are far more impactful ways to reduce cancer risk, including:

So why the exaggerated messaging? The radio ad was brought to you by the Physicians Committee for Responsible Medicine. Despite the group’s benevolent name, PCRM is less concerned with responsible medicine, and more concerned with animal activism and is linked to PETA. As reported by Newsweek, fewer than 5 percent of PCRM’s members are actual physicians. Figures.