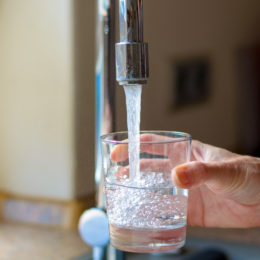 All people deserve access to clean, safe drinking water. But recently released polling by Lloyd’s Register Foundation’s World Risk Poll revealed that more than 50 percent of surveyed adults in 142 countries and territories believe they will be seriously harmed by consuming their local tap water. This isn’t isolated to the Third World: 20 percent of those surveyed in the United States said they knew someone in the past two years who experienced adverse effects from their local drinking water, with 21 percent saying they were “very worried” it would happen to them.

According to the World Risk Poll, 28 percent of global respondents feel their governments do not do enough to ensure the water they drink is safe. Surprisingly, when asking the same question to Americans, 36 percent said the same.

They’re right to show concern. Even in one of the most advanced countries in the world, our drinking water systems are often old, dirty, and fail to meet standards for contaminants. Many have learned in recent years about the systemic failures of tap water in Newark and Flint.

But what you may not realize is that tap water across the country has problems. A 2017 USA Today story notes that 63 million Americans were exposed to unsafe water over the previous decade. One environmental group claims that EPA took action on just 13 percent of 80,000 reported tap violation standard violations.

It’s a big problem—and it could affect you. Visit our website IsTapWaterSafe.com to see how the tap water is in your community.