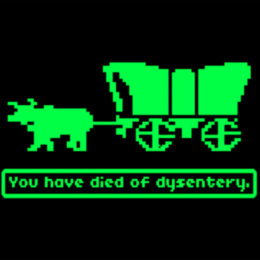 Without exaggeration, the United Nations calls clean water the “core of sustainable development,” and “critical for socio-economic development, energy and food production, healthy ecosystems, and for human survival itself.”

Safe drinking water is the hallmark of a healthy society, which is why it’s so befuddling that “raw water” has become the most recent natural health craze. The phrase “raw water” may first inspire images of clean water untreated with fluoride (which is added to improve dental health, much to the anxiety of conspiracy theorists) or chloramines (which prevent waterborne diseases). But the emphasis here falls on “untreated.” That is, water which hasn’t undergone any process to remove the bacteria, parasites, or fungi that make natural water unsafe in the first place.

Yet in San Francisco, people are willing to pay almost $40 for a 2.5 gallon orb of water which hasn’t undergone any filtration. It’s one glaring example why natural isn’t always healthier or safer.

Mukhande Singh, the founder of Live Water, notes “If it sits around too long, it’ll turn green. People don’t even realize that because all their water’s dead, so they never see it turn green.”

Water, comprised of a single molecule (H2O), does not meet the requirements for life. Like rocks, air bubbles, and other lifeless items you may find in a stream, water does not reproduce. It does not organize itself into cells, and it doesn’t have a metabolism (among life’s other characteristics.)

Microbes are another story. A group of related bacteria called Shigella and the amoeba E. histolytica are two (very much alive) micro-organisms which regularly contaminate untreated water. They’re also the leading cause of dysentery, which causes severe, sometimes fatal stomach cramps and bloody diarrhea.

The FDA and EPA collectively work to ensure that bottled and tap water meets a minimum set of requirements so water isn’t contaminated by microorganisms or elements like radon, lead, and arsenic. Subsequently, the closest most Americans come to experiencing dysentery from drinking tainted water is losing the Oregon Trail game. But those drinking “raw water” will get a firsthand experience sooner or later–raw water companies like Tourmaline Spring receive exemptions on a case-by-case basis to sell their water untreated.

At least once the manufacturers of raw water find themselves in the midst of a poo-fueled PR nightmare, they can look to “all natural” Chipotle for direction on what happens when the all natural, no preservative nonsense goes straight down the toilet.