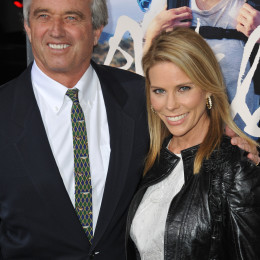 Robert F. Kennedy, Jr. has been traveling around the country promoting a new film, Trace Amounts, that perpetrates the dangerous and thoroughly debunked myth that vaccines are linked to autism. He’s so passionate about his cause that he described the children who have allegedly been injured by vaccinations as “a holocaust,” prompting well-deserved outrage that led to Kennedy’s apology for his insensitive comparison.

However, he hasn’t walked back his dangerous anti-vaccination stance—even though vaccinations prevent almost six million deaths worldwide from preventable disease every year.

Kennedy’s obsession with this scientifically-debunked nonsense has ostracized him from mainstream politics, as a fascinating profile on him in the Washington Post last year describes. But his crusade has earned him fervent followers, followers so passionate that they’ve made death threats against a California state senator and pediatrician who sponsored legislation to remove the “personal belief” exemption from state-required vaccinations.

California’s vaccination rates, especially in certain pockets of the state, have plummeted. Yet even after a high-profile measles outbreak, this legislation to stop parents from declining vaccination for their children who attend California public schools bases solely on their “personal beliefs” appears to be stalled.

Converting vaccine skeptics is an extremely difficult task. We hope more parents are convinced by the strong science supporting vaccines and it doesn’t take caring for their children sick with whooping cough to change their minds.