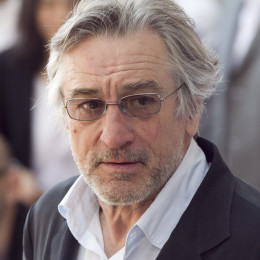 Andrew Wakefield is a dangerous man. In 1998, he published a study claiming the measles, mumps and rubella (MMR) vaccine is linked to autism. The paper has been retracted, widely discredited, and volumes of research have been published showing there is absolutely no link between vaccines and autism. Not only was Wakefield’s paper incorrect, but investigators found he committed fraud to profit off an MMR scare and medical tests. As a result, he lost his medical license for conflicts of interest and ethics violations.

Though he’s no longer a doctor, Wakefield hasn’t given up his anti-vaccine activism. His new film, “Vaxxed: From Cover-Up to Catastrophe” was originally scheduled to be screened at the prestigious Tribeca Film Festival in New York. Robert De Niro, the parent on an autistic child, initially defended the film’s inclusion in a press statement on Friday afternoon, stating “I am only providing the opportunity for a conversation around the issue.”

On Sunday, De Niro reversed course, issuing a statement: “My intent in screening this film was to provide an opportunity for conversation around an issue that is deeply personal to me and my family. But after reviewing it over the past few days with the Tribeca Film Festival team and others from the scientific community, we do not believe it contributes to or furthers the discussion I had hoped for.”

De Niro made the right call. Wakefield shouldn’t be given such a powerful platform to spread more misinformation and lies about vaccine safety. He’s already done enough damage—vaccination rates in many parts of the U.S. are woefully low and we’ve seen an uptick in outbreaks of vaccine-preventable diseases, including whooping cough and measles.

We hope more celebrities will follow Mr. De Niro’s example. Jim Carrey, Donald Trump, Jenny McCarthy, and many others choose to use their star power to scare parents from making smart decisions for their children’s health.

For more info about vaccine safety, check out this video from Healthcare Triage here and our primer “5 things to know about vaccinations” here.