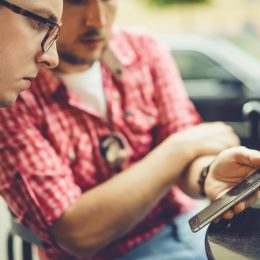 The same Russian Twitter accounts that promoted division ahead of the 2016 Presidential election were also responsible for spreading false information and escalating hostility and derision in the debate around vaccines. Some anti-vaccine messaging encouraged users to click links to malicious websites, while pro-vaccine messages served to turn the vaccine “debate” into a wedge issue. The bots also attempted to sew the idea that safe vaccines are only available to the elite.

The study’s authors wrote, “This is consistent with a strategy of promoting discord across a range of controversial topics — a known tactic employed by Russian troll accounts. Such strategies may undermine the public health: normalizing these debates may lead the public to question long-standing scientific consensus regarding vaccine efficacy.”

More so than creating disagreement, it’s the threat to public health which really makes the misinformation campaign dangerous. More than 120 measles cases have been detected across 22 states in 2018, already surpassing the total number of cases last year. Measles is a highly contagious vaccine preventable disease which can’t rapidly spread in communities when vaccination rates are high.

And as one of the study’s authors, Dr. Mark Dredze notes, “Viruses don’t respect national boundaries.”  The first half of this year saw 41,000 measles cases across Europe, almost double the number of diagnoses in all of 2017. Russia and Germany, which were previously classified as measles-free, lost that status after both countries experienced outbreaks lasting more than a year.

For now, roughly 9 in 10 American adults agree that vaccine benefits outweigh the risk of side effects. However, those under age 50 – the group most likely to use the social media platforms where misinformation is spreading – are almost twice as likely to believe that parents should be able to decide whether or not to vaccinate their children. It’s a dangerous trend, and one which validates the old adage: Don’t believe everything you read on the internet.