School supplies don’t come with a toxic dose of chemicals 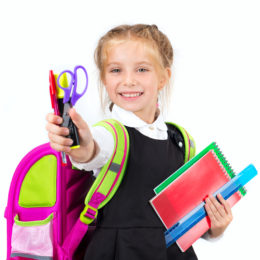 Earlier this week, our chief science officer Dr. Joseph Perrone wrote an opinion piece for The Tribune-Democrat about toxic chemicals supposedly lurking in your children’s school supplies. You can read a portion of the piece below, or the entire article on The Tribune-Democrat’s website:

With the competitive back-to-school market expected to reach almost $30 billion this year, the anti-chemical trend appears to be the latest tactic for brands and activist groups to latch on to.

The strategy goes like this: pick a chemical with a hard-to-pronounce name (phthalates are taking the scarlet letter this year.) Then, convince parents that weakly relevant studies, such as those that only find negative effects after feeding high doses of an ingredient to rats, apply directly to their kids.

Some studies also compare real-life exposure levels to human health problems such as obesity and asthma. But these studies can’t tell whether the chemical or some unrelated factor is causing a health effect. After all, ice cream sales and shark attacks both tend to rise at the same time of year, but one doesn’t cause the other.

These studies are often the basis for sensationalized news reports that blame one substance, such as bisphenol A (BPA), for a litany of health problems across unrelated body systems.

Anti-chemical groups such as the Environmental Working Group then rake in donations (more than $11 million in 2015) from parents looking for a trustworthy authority to tell them where to shop.

And even when a product was never dangerous in the first place, brands can stick a “free from harmful chemicals” label on the box and jump on the anti-chemical bandwagon.