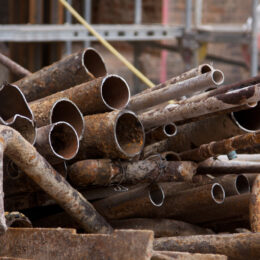 Too much exposure to lead can harm anyone, but it is especially dangerous for the developing brains of young children.

These facts make the latest report out of North Carolina particularly disturbing. The North Carolina Division for Public Health in partnership with RTI International tested the tap water of 2,129 of the state’s 4,409 licensed child care centers and found that nearly one in ten facilities had unsafe levels of lead. In North Carolina, that means as many as 20,000 children were exposed to lead-laced water in their childcare facilities.

If a child suffers lead poisoning, they can suffer learning disabilities, stunted growth, hearing loss, low IQ, increased aggression, and other nervous system issues. Lead poisoning can also lead to impaired formation and function of blood cells. The U.S. Environmental Protection Agency and the CDC say no amount of lead is safe for children.

As part of his infrastructure plan, President Joe Biden has suggested that every lead pipe in the U.S. be replaced. The U.S. Senate also passed a $35 billion bill to repair the tap water infrastructure in the country.  Biden cited Flint, Michigan, as a prime example of how families can be harmed when lead seeps into the drinking water.

In Flint, city officials have had to invest in tutoring centers to help children who are suffering long-term side effects of lead poisoning, including lower IQ. Many families still rely on bottled water to ensure their children are not exposed to even more harm from the tap water.

The tap water crisis in the U.S. has been largely ignored by the press as environmental fads encourage young adults to turn to the tap and use refillable water bottles. But even though the issue is being dismissed, reports about toxic drinking water continue to roll in.

California was the first state to legally recognize safe drinking water as a human right but a new report from the University of California, Los Angeles and the California State Water Board revealed that nearly half of the 2,779 water systems tested by researchers presented some risk of unsafe water. In addition to lead, researchers spotted unsafe levels of arsenic, nitrates, uranium, or other toxic substances.

EPA data shows these problems are prolific throughout the country. To find out more about tap water issues in your community, visit IsTapWaterSafe.com.