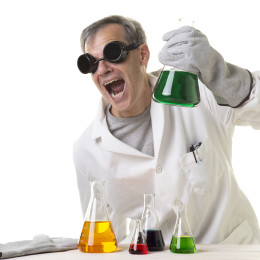 Effectively communicating complex research and scientific data to the public is incredibly challenging. While many scientists rely on the media to cover their work, a new survey from the Pew Research Center finds that most scientists think the media’s treatment of science stories poses serious problems.

The survey’s findings really aren’t that surprising. We’ve reported on the media’s tendency to sensationalize research findings, over-hype tiny studies, and fail to explain how new research confirms or conflicts with other researchers’ findings.

Unfortunately, poor science reporting isn’t just annoying to scientists—it has real consequences, including scaring people away from perfectly safe food or products or leading them to believe in “miracle cures” that don’t exist. For more information on how to evaluate research, check out our primer on the subject here.