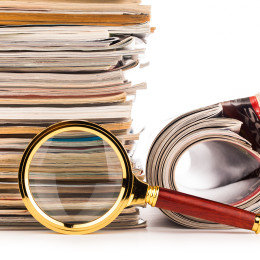 When health-centric news stories don’t quite report a study correctly, oftentimes it is the result of neglecting to include the voice of professional scientists. Speaking out about the scientific process is a wildly important step in expanding public knowledge, yet only about half of researchers talk with reporters about their findings. This gap permits less knowledgeable voices to dominate conversations in public policy and the media.

For her part, Dr. Alison Van Eenennaam of University of California, Davis, is trying to stem the tide by making herself available to evaluate researchers before reporters cover the results. In a recent blog post, Dr. Van Eenennaam’s discusses the complexities of commenting on a study, and demonstrates how the average reader likely won’t be able to identify a paper’s nuanced strengths and weaknesses. See one of her discussions below:

The overwhelming conclusion that is common to these papers is that natural variation due to varying genetic backgrounds and environmental conditions explained most of the variability among the samples. And yet this nuance is missing in the 2016 Mesnage paper – the conflation of any factors other than the genetic modification and treatment with Roundup that could influence the results given the poor experimental design is ignored.  This tends to be a common feature of this research group – to ignore standard experimental design protocols such as randomization and biological replication, cherry pick cited literature and ignore contradictory or preceeding studies with dissimilar results, rather than discussing their results in the context of what is known based on the entire weight-of-evidence in the scientific literature.

You can read Dr. Van Eenennaam’s entire blog post, titled “I Would Appreciate Your Comment On A Recently Published Study….” on Science 2.0.