Should you avoid canned food? 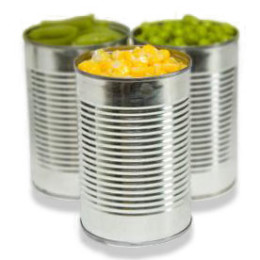 The Environmental Working Group (EWG)—the same group that publishes a scaremongering annual report on sunscreen safety—is now trying to discourage the consumption of canned foods. In a new report, EWG argues that since a large amount of the canned items on consumer shelves use bisphenol A (BPA) in can linings, consumers should “limit or avoid canned food.”

EWG claims BPA poses a health risk to consumers, but fails to mention that after comprehensive reviews of the best and most recent BPA research, both the U.S. Food and Drug Administration (FDA) and European Food Safety Authority (EFSA) have repeatedly stated BPA poses no threat to human health as currently used. In fact, BPA is one of the most-studied chemicals in existence. For more information on BPA’s health effects, click here.

EWG’s report ranks companies based on their commitment to move to BPA-free packaging and gives highest marks to companies that use BPA-free cans for all their products. Yet the report admits that for most companies EWG has little to no idea what chemicals companies used as a BPA replacement. Viable replacements for BPA—particularly when for preserving highly-acidic foods safely—are not widely available, and those that are have not been tested as thoroughly as BPA.

Canned foods, particularly vegetables, fruits, and fish, are a key source of valuable nutrients to many consumers who lack the ability to purchase fresh or frozen alternatives. Scaring Americans about the safety of canned foods needlessly discourages consumers from choosing these healthy options. EWG’s report offers little helpful information to consumers trying to understand the safety of items on grocery store shelves.