Home  ⁄  Periodic Fables  ⁄  Proposition 65  ⁄  Should You Stay Away from Aspartame?

Should You Stay Away from Aspartame? 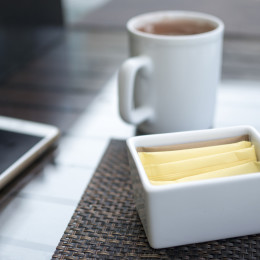 Despite decades of research and hundreds of studies demonstrating the safety of the artificial sweetener, aspartame, rumors persist that it’s dangerous. Some flow from the back-country pages of the web, but there’s at least one government agency (in the world) stoking fears: California’s Office of Environmental Health Hazard Assessment (OEHHA).

OEHHA might add aspartame to its Proposition 65 list of chemicals “known to the state of California to cause cancer.” But consumers shouldn’t fear. If California does list aspartame as carcinogenic, it will become the only regulatory agency in the world to do so. And as we’ve shown before, going against the science is an OEHHA habit.

At present, studies from regulatory agencies in over 100 countries support aspartame’s safety. This includes the United States’ Food and Drugs Administration (FDA), which affirms “the safety of aspartame has been reviewed repeatedly, not only by FDA, but by other regulatory authorities including Canada, United Kingdom,European Union, Australia, and Japan.” (Links added.)

Of course, unanimity of agencies isn’t the only evidence. There have been hundreds of studies attesting to the safety of aspartame. In particular, the findings of a series of studies conducted by the U.S. National Toxicology Program are especially striking.

The studies measured the potential toxicity and carcinogenicity of aspartame by feeding mice a diet containing up to 50,000 mg/kg of aspartame, then comparing to a control group consuming no aspartame. And, to increase the experiment’s sensitivity, the mice were genetically modified to be more susceptible to cancer.

However, neither the extreme dosage nor the genetic modifications mattered: “Exposure to aspartame had no effect on the survival of any of the animals groups” and “no increase in tumors were seen in males or females.”

In other words, if a mouse designed to develop cancer can consume 50,000 mg/kg of aspartame with no issues, then you shouldn’t lose sleep over your much smaller consumption.